The German Air Force (or Bundesluftwaffe during the Cold War) were worried that in the event of war their forces would be unable to utilize their airfields and as a result they researched how to utilize improvised airstrips. This would have them flying from roads originally built for vehicle traffic, and thus requiring aircraft that didn’t require much space to take off or land. This eventually led to the development of the Dornier Do 31. Able to carry personnel or injured soldiers, this aircraft was poised to serve a crucial role in Germany’s military operations.

Before building the Dornier Do 31 in the late 1960’s, Dornier Flugzeugwerke was known for flying boats, bombers and the tandem- Do-335 fighter engine. Dornier played a large role in the design of several of the airplanes that was serving in Germany at that time. 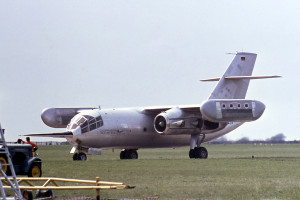 Designed to NATO specifications, the Dornier Do 31 was meant to serve as tactical support for German short takeoff and landing (STOL) fighters. Initial development started with trials using the proven F-104 while the EWR VJ 101 was in development. The F-104 was modified so it could be rocket-launched from ramps, thus creating the ZELL or the zero-length launch system program. To get them back down again, the Starfighters F-104 were modified to utilize arresting gear, similar to those found on carrier-type aircraft. As a result, the Do 31 needed to be able to use these same forward operating airstrips. 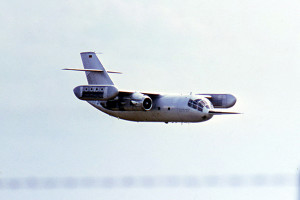 A total of three test prototypes were built and were designed as E1, 2 and 3 with the “E” meaning Experimentell. The E1 was meant to test the horizontal capabilities of the craft, operating only on two Pegasus engines while E2 was just an airframe used to test for static and never flew. The E3 was used for testing the vertical flight capabilities which operated on both Pegasus and RB162 lift engines. The E1 prototype was first flight on February 10th of 1967 with its Pegasus engines and the E3 prototype’s first flight happened on July 1967, fitted with ten engines. On November 22nd the E3 took its first test flight, hovering above the ground, and progressed to transferring between backward and forward flight in December of 1967.

In order to take off vertically, the custom Dornier DO-960 hybrid computer rationalized both digital and analog signals to calculate engine settings necessary during VTOL applications.

The aircraft could be piloted by two crew members, and carry any additional thirty-six troops or twenty-four casualty stretchers at a time. Length-wise it measured in at just over 67 feet with a wingspan of about 60 feet. Taking off weight was 27.4 tons, with the ability to carry a payload of up to 3.5 tons. 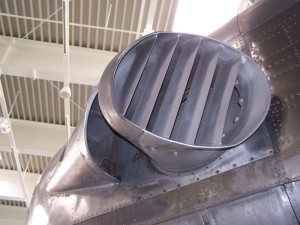 Later prototypes had a wider selection of turbofan engines to choose from so the engineers opted to use the RB153. When making that change they also decided to remove the external nacelles along with their engines.

The aircraft had a maximum speed of 452 miles per hour and a cruise speed of 404 miles per hour. It had a range of 1,120 miles while carrying its maximum payload. It also had a service ceiling of 35,100 feet and its rate of climb while only using the Pegasus engines came to 19.2 meters per second or 3,780 feet per minute.

As far as vertical take-off jet transport goes, this was the first aircraft with these capabilities but was cancelled in April 1970. One of the factors responsible for the cancellation of this project was that the large drag and mass of the lift engine cases which reduced the effective payload and range. The plane was radically different from the predictable transport aircraft everyone was used to.

Only three Do 31’s were ever built. Due of the financial resources required to address many of the technical problems the project was cancelled in 1970 by the German Air Force. It wasn’t just the Do 31 on the chopping block as other futuristic projects such as the VJ 101 and the VFW VAK 191 B we also scrapped. 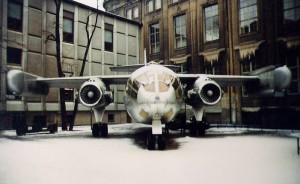